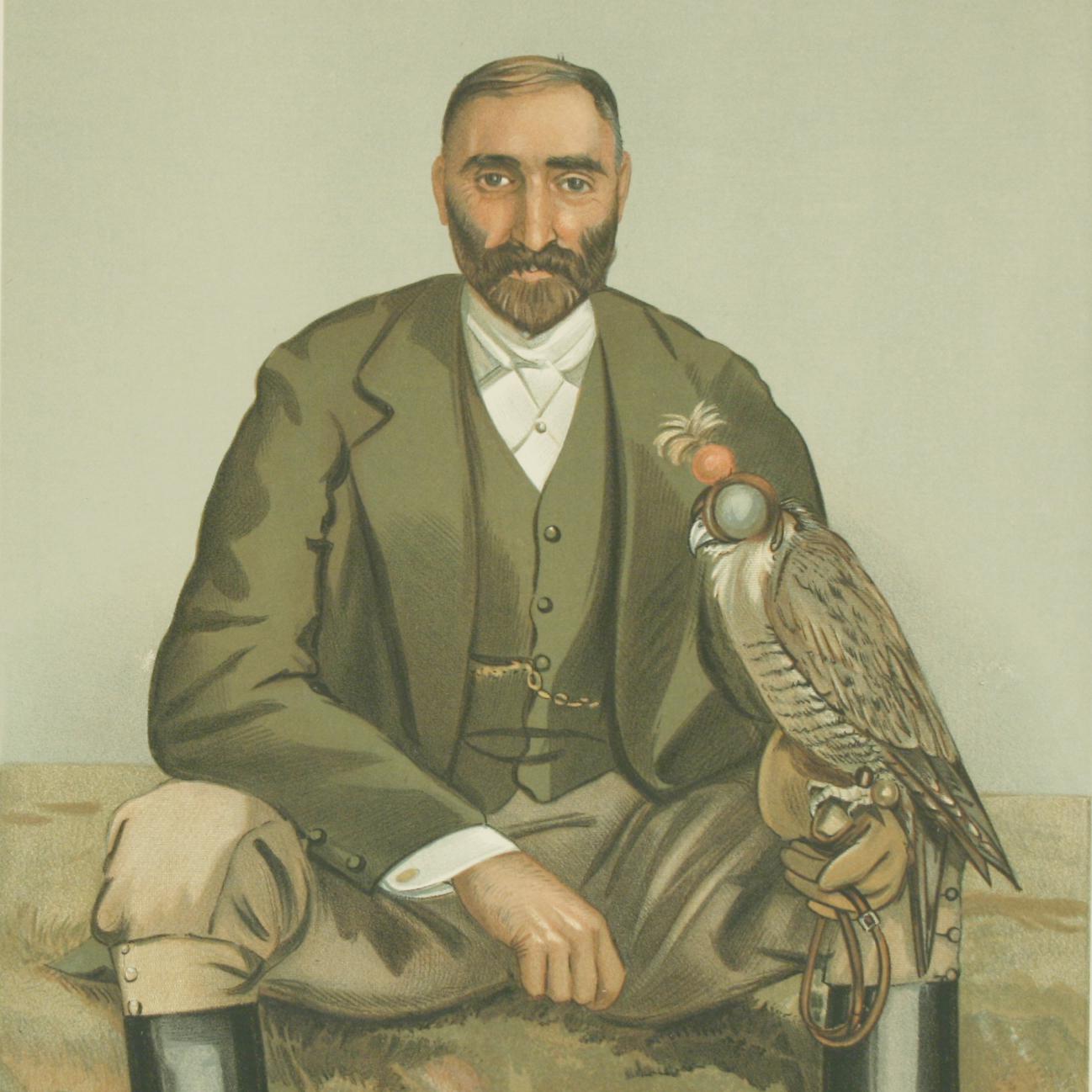 Add to Cart
Add to Wishlist
Add to Compare

Vanity Fair Falconry Print 'The New Forest', Spy.
A mounted chromolithograph print published Sept. 23rd, 1897, by Vincent Brooks, Day & Son Ltd. Lith., for Vanity Fair. The picture is titled 'The New Forest' and is an original print of The Hon. Gerald William Lascelles, mounted and in good condition, after SPY.
When first published in the weekly additions of Vanity Fair each caricature would come with an amusing biography, the one for this print reads:-

Vanity Fair, London, September 23, 1897.
MEN OF THE DAY.- No. DCXCII.
The Hon. Gerald William Lascelles.
Eight-and-forty years ago he became the third son of the forth Lord Harewood; after which he went to Eton, and thence to Magdalene College: where, despite his keenness for the chase and other sports, he succeeded in taking his degree. Ten years later Lord Beaconsfield made him Deputy-Surveyor of the New Forest, of which, with other Crown properties, he still has charge; and now for seventeen years has he discharged the duties of his Office with complete success. For he is an all-round sportsman, who had made a considerable study of forestry and agriculture before he went to the New Forest.
He began early. He was out hunting at the age of six; and presently he became known in the most critical sporting circles in Yorkshire as a good boy. From stag-hunting to rat-catching he knows each move of the game; while he is a good shot, and something of a naturalist. Moreover, he is an unimpeachable authority on hawking; and he wrote the "Badminton" volume on "Falconry"; as well as part of that on "Shooting". He has also written for the "Fur and Feather" series. His plantations flourish; and the stag and the fox, the otter and the badger, the woodcock and the trout, and even the Squire of Malwood, Know his prowess.
He is a popular fellow who has always a quick reply.
Jehu Junior.

Antique Fishing Prints by Lance Thackeray, Catch Of The Season

Coming Over The Guns By Archibald Thorburn