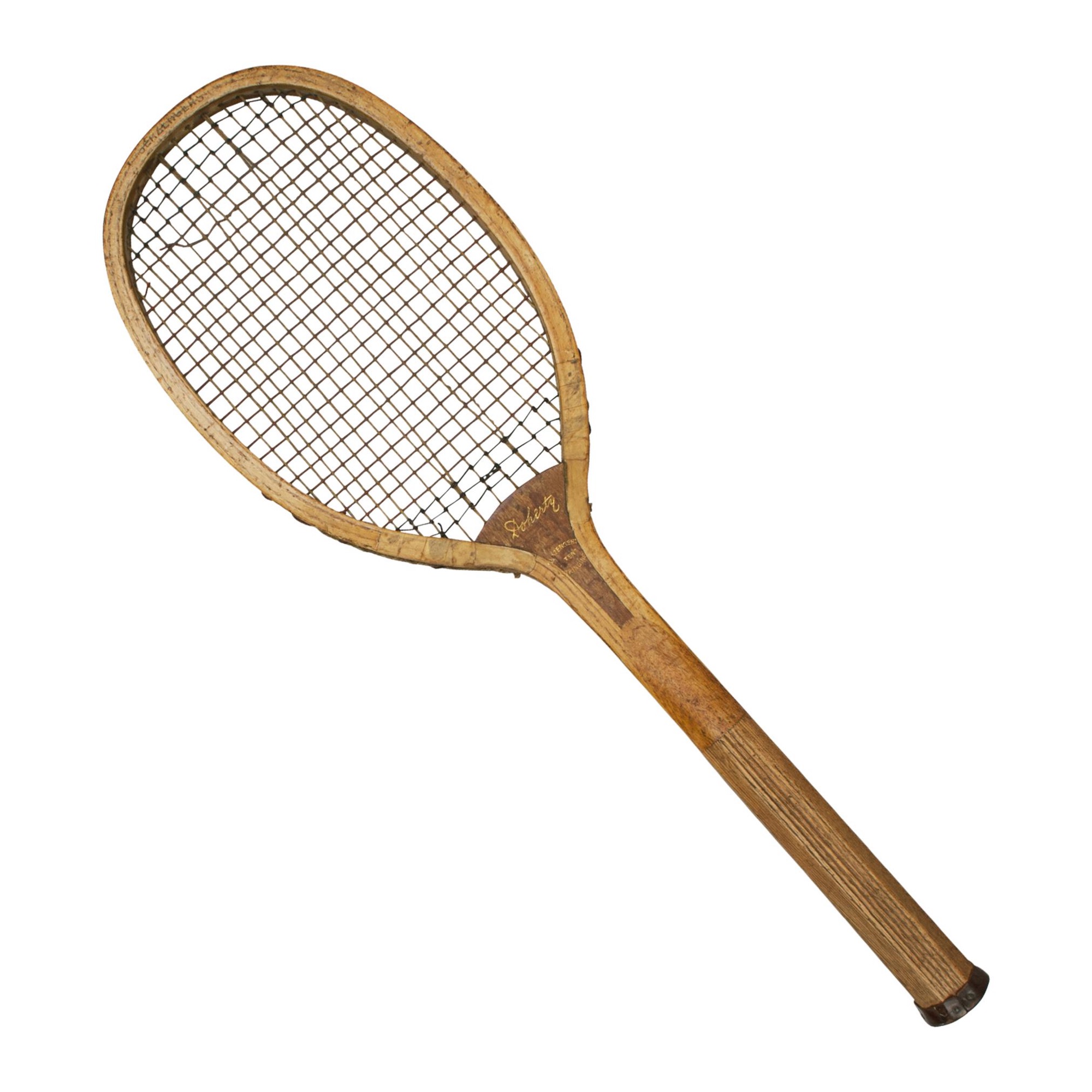 Slazengers was established in the early 1880's and today is one of the oldest surviving sporting brand names. It was founded by two brothers, Ralph and Albert Slazenger, and quickly became a leading supplier and manufacture of sporting goods. Around 1940 because of the Second World War, Slazengers merged with other sporting manufactures to help in the war effort. During heavy bombing in London the Slazengers factory, along with the Gradidge factory was damaged. The two manufacture's managed to continue production at other plants but the big four (Slazengers, Sykes, Gradidge and Ayres) decided to combine their resources. After the war they all stayed together and the company known as 'Slazengers Sykes Gradidge and Ayres' was created, in its heyday they operated across the world.

We have one image of the racket as advertised in a Slazenger 1916 catalogue.

Slazengers says of the racket in the catalogue:-
The "Doherty" racket, stringing patented in Great Britain, France, Germany, Austria, United States of America, Canade, Australia, and other Countries.
The best racket made.
Note on patent stringing, this system of ours patent stringing which has now been in vogue for some years, is found to produce greater DRIVING POWER and more permanent rigidity, and has received the approval of nearly every leading player in the United Kingdom and abroad.
The Championship of the World has been won every year for elevn successive years with a "Doherty" Racket. Price 32/6.

Only one of the or