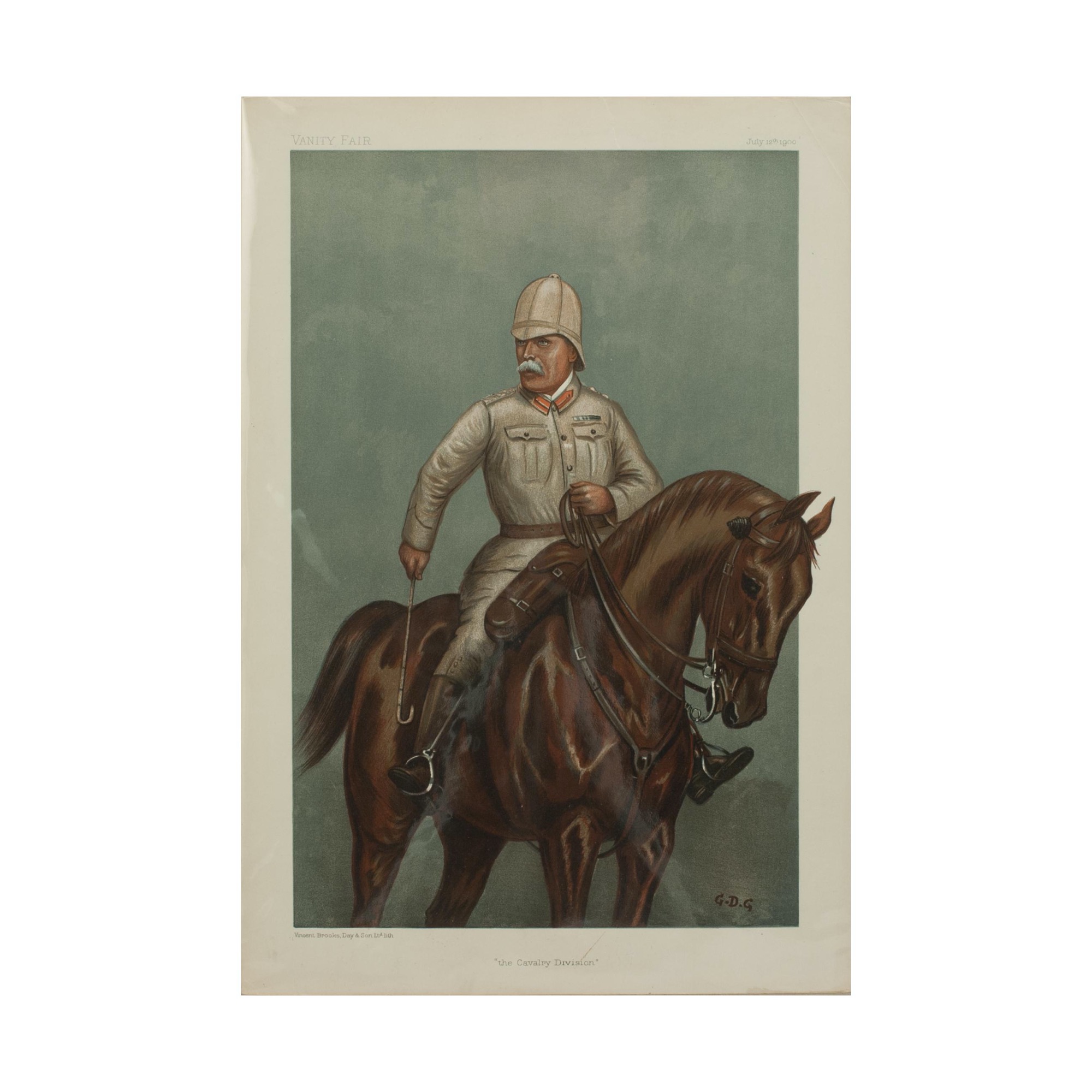 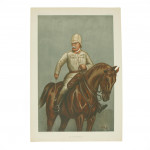 Vanity Fair Military Print 'the Cavalry Division' after G.D.G.
A chromolithograph military print published 12th July, 1900, by Vincent Brooks, Day & Son Ltd. Lith., for Vanity Fair. The picture is titled 'the Cavalry Division' and is an original print of Field Marshal John Denton Pinkstone French by G.D.G. (Godfrey Douglas Giles) and in very good condition. French is shown in his military uniform astride his horse.

Field Marshal John Denton Pinkstone French, 1st Earl of Ypres (1852 – 1925), known as The Viscount French between 1916 and 1922. A soldier from 1874, French became a public figure with his successful leadership of the Cavalry Division during the Second Boer War (1899–1902) and later commanded the British army on the Western Front between August 1914, when World War I began, until he resigned under pressure Dec. 17th, 1915. French became Lord Lieutenant of Ireland in 1918, a position which he held throughout much of the Irish War of Independence, and in 1919 he published '1914', his own account of the war.

Vanity Fair was published in London from 1869 to 1914, and each magazine would contain a loose print of a caricature painted by various artists and would come with an amusing biography. 'Spy' worked for Vanity Fair for 40 years until it ceased publication in 1914 and is possibly the most well known of the VF artists.

Godfrey Douglas Giles (1857 - 1941) was a painter of horses, military scenes and battles, many experienced firsthand while on service with the British Army in India, Afghanistan, Egypt and South Africa. He produced numerous caricatures for Vanity Fair.

Antique Shooting Print By Arthur Wardle, On the Covert Side.