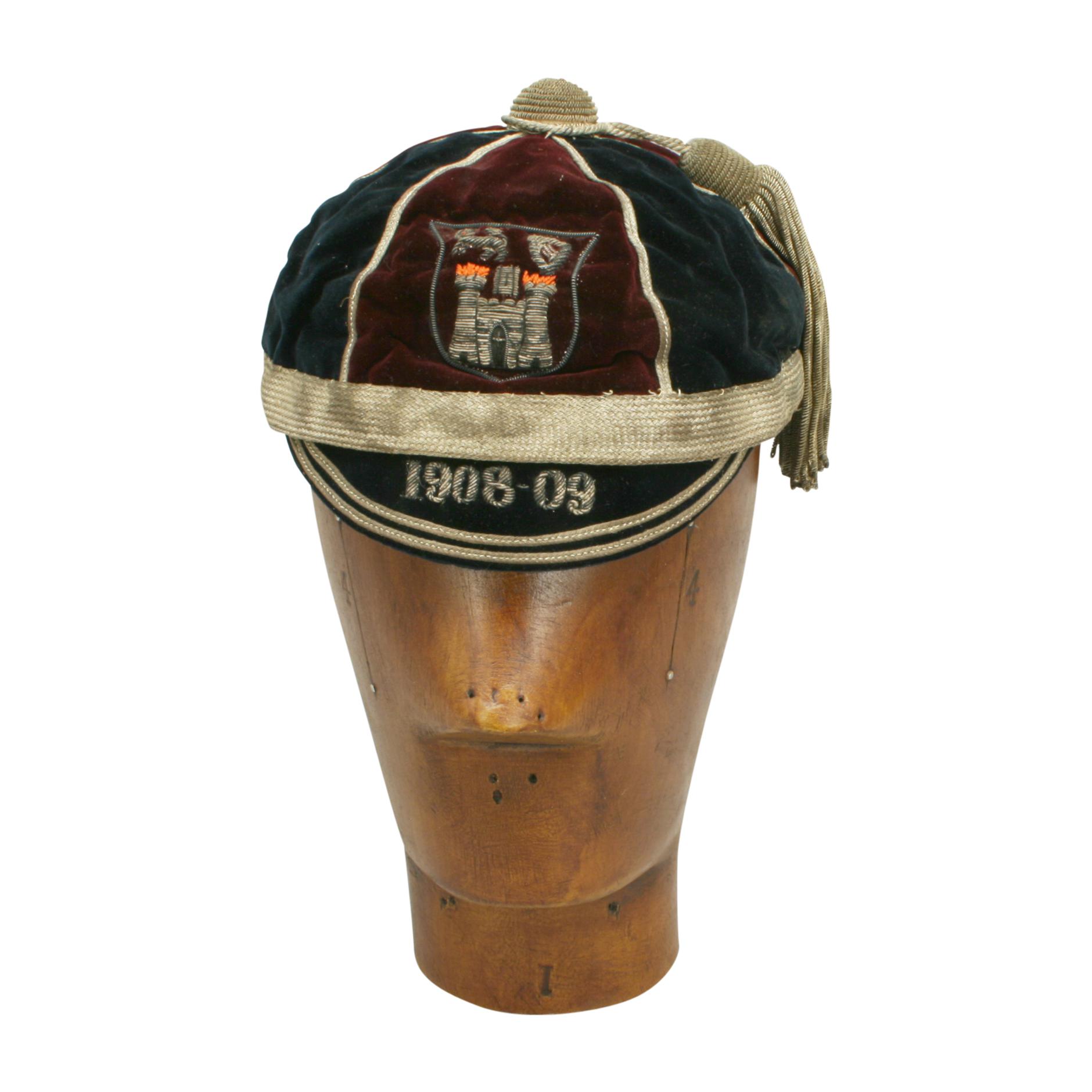 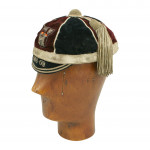 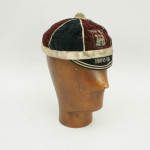 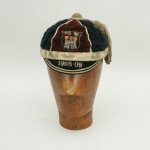 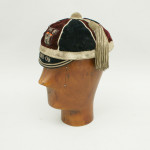 Vintage Velvet 1908 - 09 Trinity College Cap.
A wonderful six-panel black and burgundy velvet cap. The college cap is in fine condition with silver braid trim and tassel. It also has a silver braid embroidered date of '1908 – 09' on the peak and the college crest of Trinity College, University of Dublin. The crest comprises of a lion and harp above a castle and Bible. This was the property of James Acheson (name on the inside), Trinity College, Dublin.

Resin display block not included but available to purchase priced at £110 + VAT.

His granddaughter stated that family legend had it he was an excellent sportsman both at school and college. He was also a linguist speaking German and later, Urdu/Hindustani.

Listed in Who's Who 1948 (along with his sister, an RA sculptress) and I can give you this summary of his life: