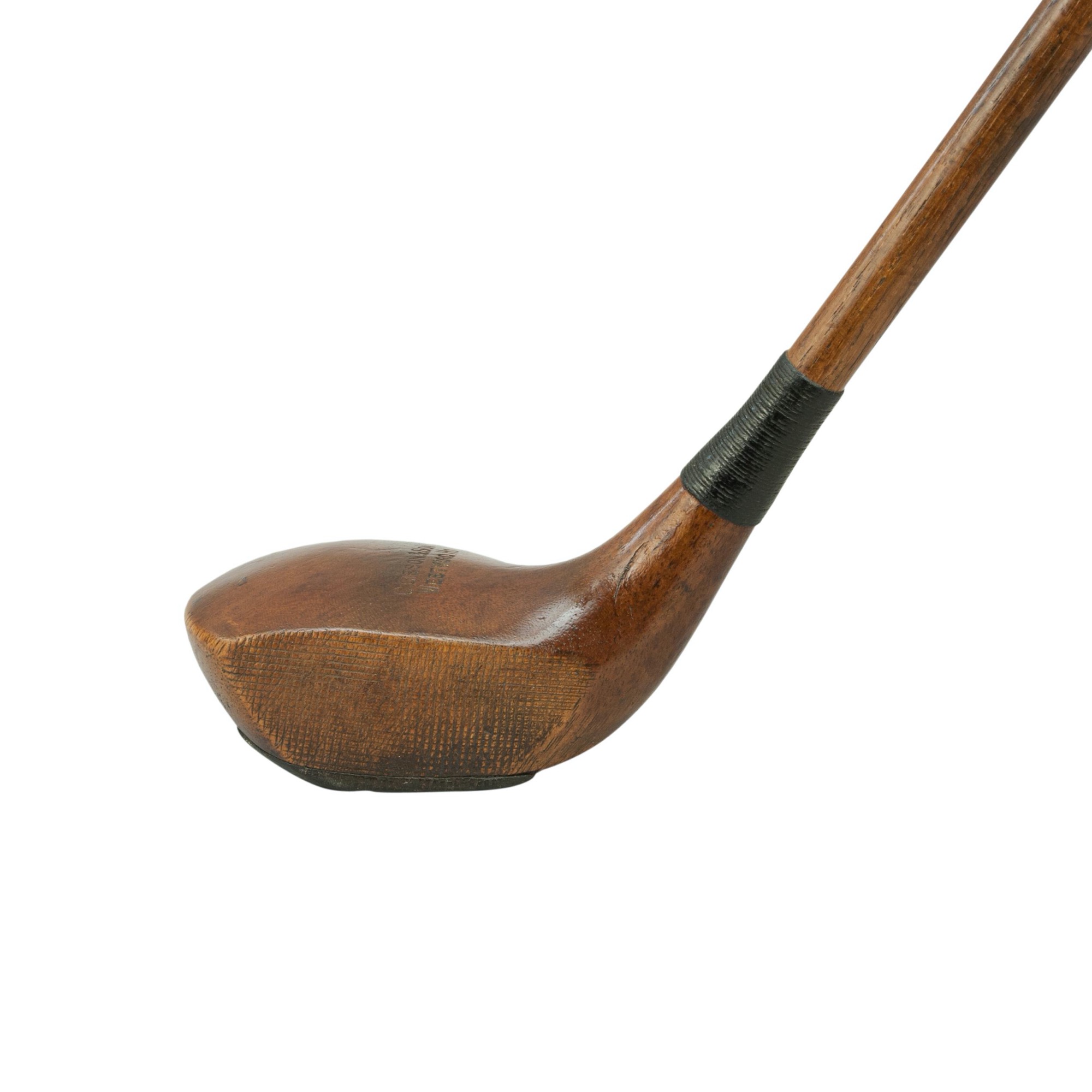 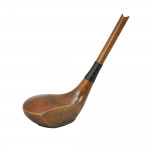 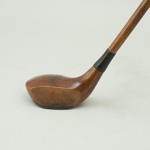 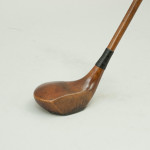 Charles Gibson spent almost fifty years at Westward Ho! (Royal North Devon Golf Club). Born in the great clubmaking centre of Musselburgh, Scotland, in 1860, Charles arrived at England's second oldest club in 1888, after having a short spell at North Berwick. He was famous for running a training ground for future champions, professionals and club makers. Among his better known graduates were J.H.Taylor (he went on to win the Open Championship 6 times and was instrumental in the forming of the PGA) and George Cann who became a very successful club maker, teaming up with Taylor to create Cann & Taylor.
Gibson was a master clubmaker who had four sons, they all served as professionals all around the world selling the clubs manufactured by their father's shop. Charles Jr. eventually returned to Westward Ho! to take over reasonability of his father's business when he retired from the day to day running.
Gibson used two cleek marks the first the 'Rampant Stallion' (supposedly in recognition of having lived opposite Musselburgh racecourse) and the second and less frequently used 'Phoenix'. He was given royal patronage when asked to provide three miniature wooden golf clubs for placement in Queen Mary's dolls house at Windsor Castle (the irons for the set were made by Ben Sayers).


taken from Royal North Devon website:-
Royal North Devon at Westward Ho! can rightly claim to be the cradle of English Golf. Founded in 1864, it is the oldest golf course in the country and is regarded as the St Andrews of the South. The golf course is as tough as any of the UK's more famous links layouts and has recently been placed in Golf World 's "Top 100 Courses in the World" that a golfer "must play".
Not only is Royal North Devon a great course, it is also a place of huge historical importance. Inside the warmly welcoming clubhouse, the golf museum, honours boards and the clubs top competition trophies are worth a visit on their own and help to tell the story of the game and this remarkable club's unique place in it.
Above all, this is great, natural golf that is largely unchanged from 100 years ago when Harold Hilton et al pronounced Westward Ho! As England's No 1 competition golf course. RND is pure, raw exhilaration and ultimately the experience of playing a fast running links in a stiff breeze still tests the very best in the game.
Many of the great players of the last 100 years were regular competitors at RND but the greatest of them all is without doubt John Henry Taylor. Born in the village of Northam overlooking the course, he started his long association with the Club as a caddie boy and soon became an accomplished player. As every golf lover will know he went on to form one third of the great triumvirate, winning five Open Championships. Alongside Harry Vardon and James Braid, JH Taylor dominated the game for 30 years. The club honoured Taylor with a presidency in 1957 and his portrait and some of the clubs which he used to win his Open titles are proudly displayed in the clubhouse.
A look at the Club's honours boards, dating back to 1864, is like a "Who's Who" of golfing greats. Listing many of the games founding fathers such as Horace Hutchinson, Harold Hilton, Herbert Fowler, Capt Molesworth, etc. Although golf has changed hugely in the last century and continues to develop and grow, a great links will always stand the test of time. Royal North Devon is just that, a great links and as far removed as possible from the manicured and manufactured championship courses we see every day on television.

Shaft has a slight set in it.