Yachting Photograph by Beken of Cowes 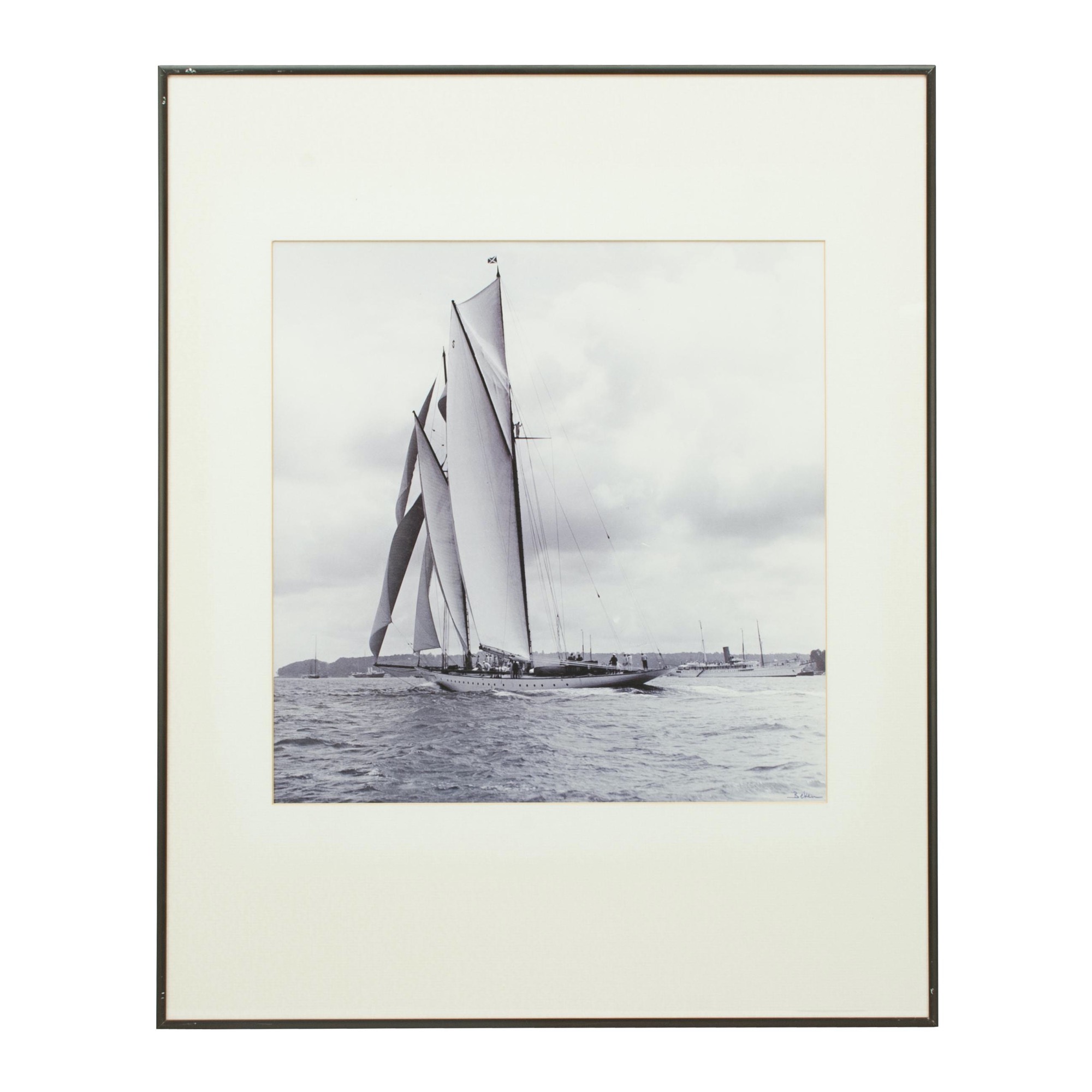 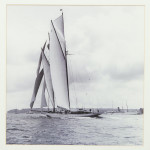 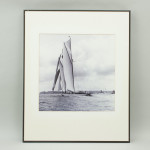 Yachting Photograph by Beken of Cowes

Yachting Photograph Westward by Beken of Cowes.
Framed black and white yachting photographic print titled 'Westward, 1920' with a printed 'Beken' signature in the bottom right hand corner. The title is hidden under the mount, the image printed on textured paper and taken from a vintage 'Beken' calendar.

Beken of Cowes, were and still are marine photographers established in 1888.

Westward was a two masted schooner with a 135ft overall length. Beam of 27 ft 1 in, 12,000 square feet of sail and weighing 323 tons.
The Westward ex Hamburg II  schooner commissioned by Alexander S Cochrane designed and built in 1910 by Nathaniel Greene Herreshof in his yard in Bristol, Rhode Island. She was launched on 31st March.
Westward compiled an astounding record in her first season. In April 1910 she sailed from Brenton Reef to Southampton in fourteen days. At the Kiel Regatta in June, she handily won the Emperor's Cup in a four-race series during which the Kaiser's Meteor IV suffered a broken bowsprit in a collision with Westward when the indomitable Barr refused to give way.
Barr died suddenly the next year, and at the end of 1911 Cochran sold Westward to the Verein Seefahrt Hamburg. Renamed Hamburg II, and she was subsequently seized in Cowes by the British at the outbreak of World War I.  and in 1919 she was purchased by Clarence Hatry, who restored her original name but raced her little. In 1923, she was purchased by the seaman-turned-millionaire Thomas Benjamin Davis, a native of the Channel Islands and holder of an Extra Master's ticket. Under Davis, Westward raced such celebrated competitors as Bluenose, Britannia, and Shamrock V, and on August 5, 1935, she beat every other vessel in the Royal Yacht Squadron's Regatta, including a clutch of J-boats. When in 1936 his king, friend, and racing rival George V died, T.B. Davis, a South African, who sailed her with distinction in European waters for nearly two decades. In accordance with his will, Mr. Davis' daughter had WESTWARD sunk in the Hurd Deep, off Jersey, in the Channel Islands, where Mr. Davis had kept WESTWARD for many years.