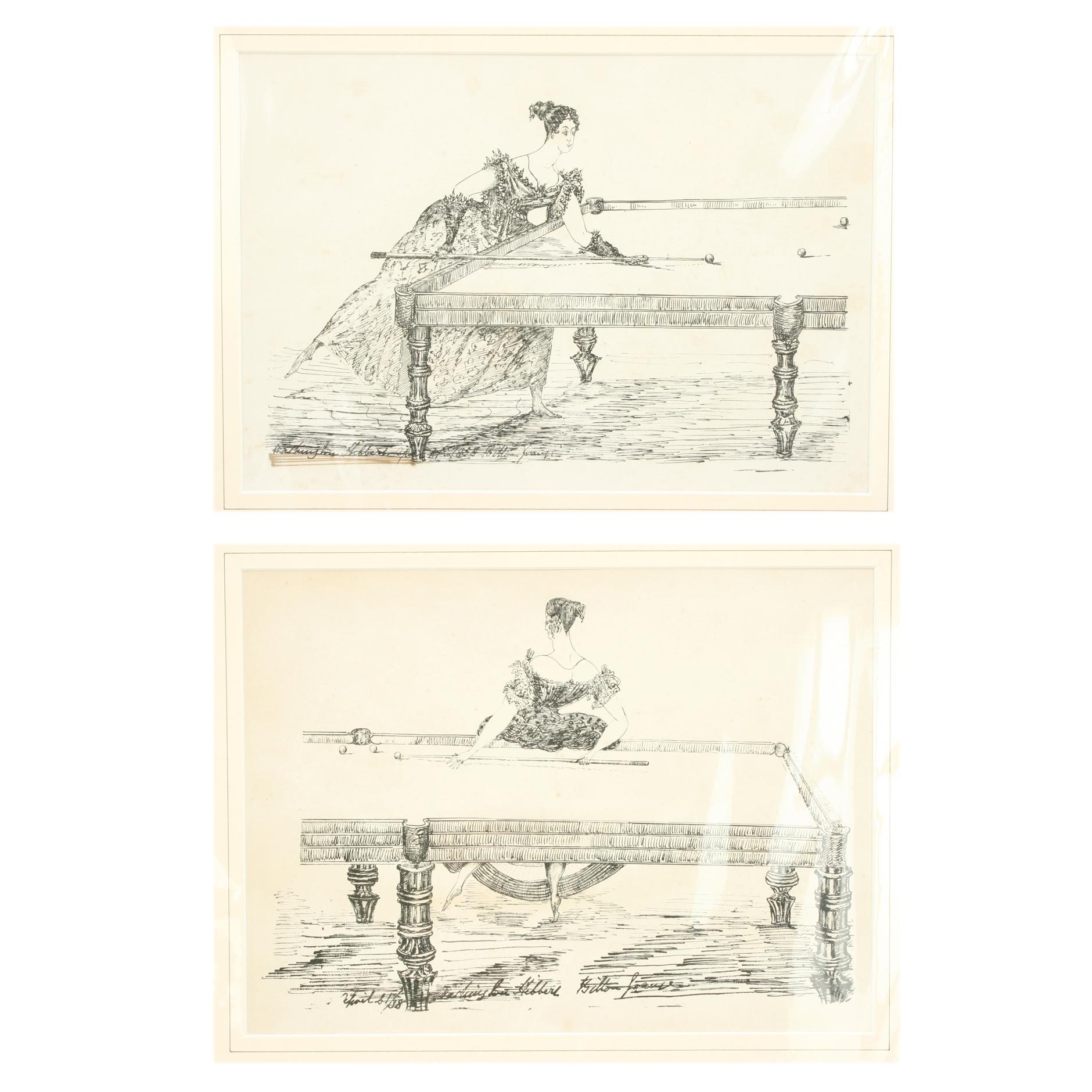 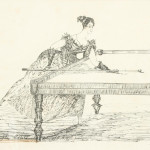 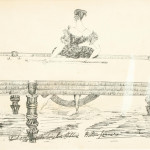 A pair of lithographs depicting a female billiard player, possibly the wife of John Hubert Washington Hibbert, Julia Tichborne. They are probably by an amateur hand and are dated 1839, and have an inscription on them, although difficult to read. They are mounted and wrapped in cellophane for protection, hence the reflections on the images.
A nice pair of billiard images with an unusual subject.

The inscription is something like 'Washington Hibbert's wife 1838 Bilton Grange'.

In the mid C12 Pipewell Abbey, Northamptonshire, acquired a grange in the parish of Bilton. At the Dissolution in 1539, the grange was bought by its tenant, Edward Boughton, in whose family it remained until 1768, when it formed part of the marriage settlement of Anna Boughton and Alexander Hume. By 1780 a farmhouse accompanied by gardens, outbuildings and orchards stood on the site of the present mansion. Abraham Hume inherited Bilton Grange from his father in 1794, and in 1819 Francis Smith referred to it as a 'handsome house'. Hume was, however, forced to take a series of mortgages on the estate in the early C19, and in 1839 it was let to Capt John Washington Hibbert, his widowed mother, and his elder brother Thomas, described as 'lunatic' (Edwards 1996). Hibbert (1805-75) was the son of a Jamaican plantation owner, and cousin of George Hibbert, MP (1757-1837), described by J C Loudon as an encourager 'of exotic botany' (Loudon 1822). Hibbert married in 1839 Julia Talbot (nee Titchbourne), widow of Lt Col Charles Talbot, brother of the fifteenth Earl of Shrewsbury whose son by this marriage, Bertram (b 1832), in 1852 succeeded as seventeenth Earl. In 1841 Hibbert commissioned plans for a modest extension to Bilton Grange from Augustus Welby Northmore Pugin (1812-52). Following the death of his brother Thomas in 1845, Hibbert purchased the estate from Abraham Hume in April 1846, and the same year commissioned fresh plans from Pugin. The choice by Hibbert of Pugin may have resulted from the architect's connections with the sixteenth Earl of Shrewsbury, for whom he built Alton Towers, Staffordshire (qv) at a similar date, there working alongside W A Nesfield (1793-1881). In 1861, five years after the seventeenth Earl's death at the age of twenty-four, Bilton Grange was offered for sale, and was purchased by John Lancaster (d 1884), an iron and coal magnate and MP for Wigan. Lancaster's heirs sold Bilton Grange in 1887 to the Rev Walter Earle, but retained neighbouring Dunchurch Lodge (qv). The Rev Earle opened the house as a preparatory school, in which use it continues (1999).