The Drive after Douglas Adams 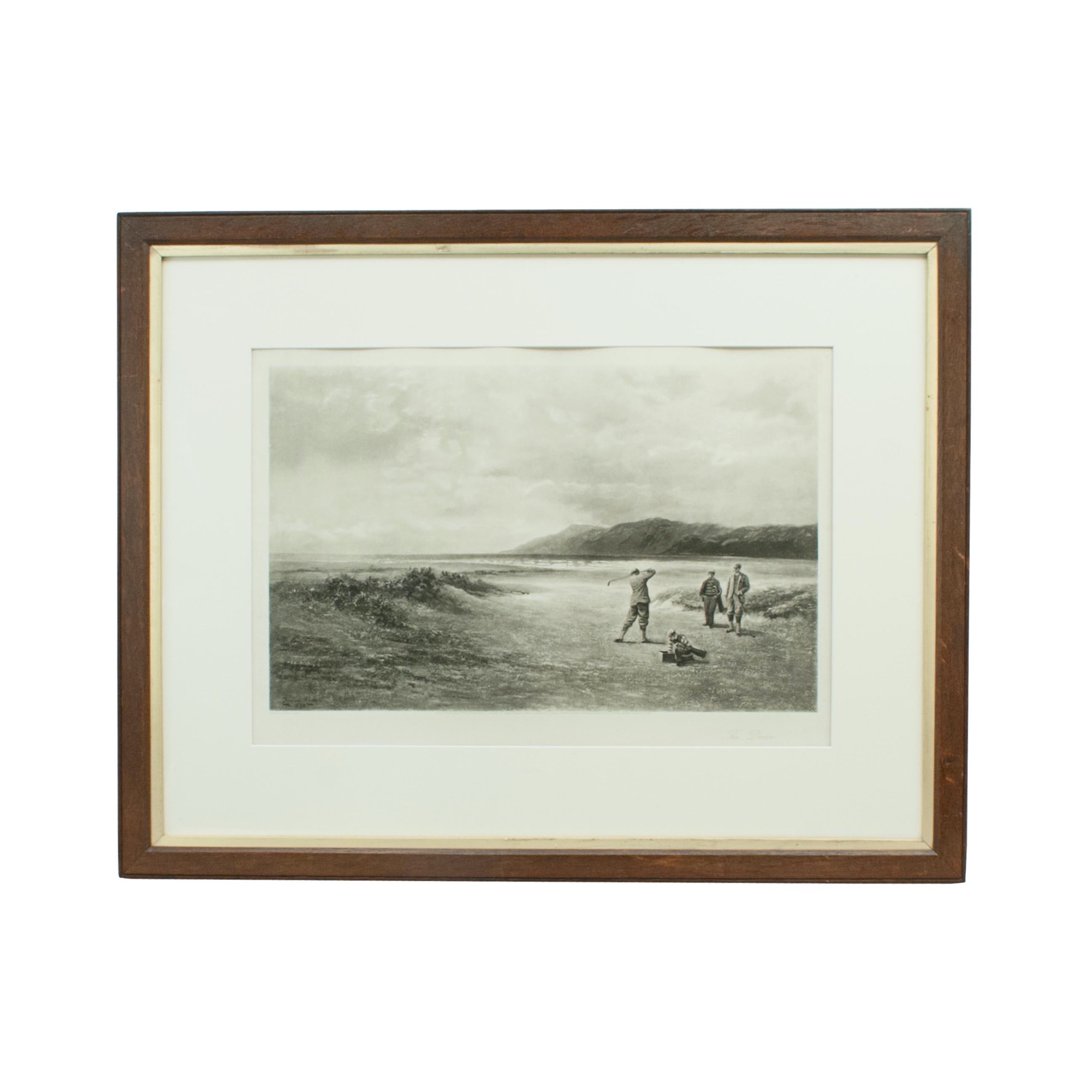 The Drive after Douglas Adams

Golf engraving after Douglas Adams, 'The Drive'.
One of the three famous golfing scenes of Caernarvonshire Golf Club, Conwy, Wales, by Douglas Adams. 'The Putt', 'The Drive' and 'A Difficult Bunker' were all painted by Adams who visited the club on 3rd September, 1893. This is a great striking black and white golf photogravure titled 'The Drive' after the original painting by Adams and framed in period oak frame. London published May 15th 1894 by Henry Graves & Co. 6 Pall Mall SW. Copyright Registered. Entered according to Act of Congress in the year 1894 by the British Art Publishers Union Ltd. New York and Messrs. Stiefbold & Co. Berlin.